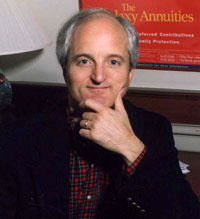 Todd has been a registered SRI advisor since 2004, first as the Vermont office manager for Progressive Asset Management, and now as a founder of Greenvest.  He brings a unique financial background to Greenvest and his clients. As an award-winning financial writer in the investment, insurance and banking industries for more than 25 years, Todd gained a wide range of product and planning knowledge before becoming a financial advisor assisting individuals, businesses and institutions.  As an avid organic gardener and environmentalist, Todd sees socially responsible investment management as a way to integrate his personal beliefs with his livelihood, while helping people to achieve their financial and social objectives. Todd is married to Cathy, a Barbara Brennan Healing Science Practitioner, and has two sons, Craig & Keith.

He serves as Treasurer of the Board of Directors for the Four Winds Nature Institute, Chittenden, VT, and has been a regular presenter/contributor to such VT green events/media as 350VT, Solarfest, Bethel University, ACORN-Expo, GNAT-TV, Royalton Community Radio, Green Living Journal and Green Energy Times. 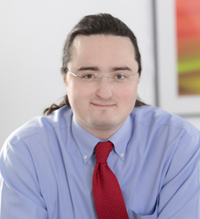 Craig has long been motivated to help others make a difference. Prior to joining Greenvest, he taught in public school, including South Burlington High School, before deciding he could have a greater impact as a socially responsible Financial Advisor. He is a lifelong Vermonter, deep environmentalist, and social organizer with various VT groups, including 350VT. He is dedicated to helping clients achieve both their financial and social goals, particularly young professionals and employee retirement plans.

Craig loves hiking, biking and snowboarding with his wife Natasha, and showing his baby son, Ares, all the wonders of Vermont. 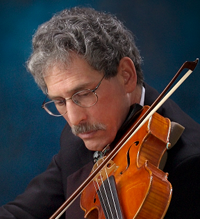 David Schreiber has been a Certified Financial Planner (CFP®) since 2003, and joined the socially responsible investment community as a Financial Advisor in 2006 after working as an independent registered representative of American General Securities, Inc.

David believes the greatest returns – financial, personal and professional – come from doing well by doing good. Consequently he guides his clients’ investments in accordance with their values and goals toward corporations with responsible environmental, social and governance practices.

He has advised the Massachusetts Connector Board on new health insurance products through the ACT!! Coalition (Accessible Care Today), and lobbied actively for health care accessibility through the Greater Boston Interfaith Organization and the National Association of Socially Responsible Organizations. As founder and former communications director of NonProfit Net, David united the nonprofit organizations of the Lexington, MA community, and he is an active member of the Climate Action Business Association and the Jewish Climate Action Network in the Boston and New York metropolitan areas.

A native of New York City, David is also a graduate of New York’s famed LaGuardia High School of Music & Art and Performing Arts (the school on which the show and movie “Fame” was based). For many years he was a professional concert violist, appearing with such luminaries as Yoyo Ma and Lynn Chang, and he continues to appear in concert in the Boston area. 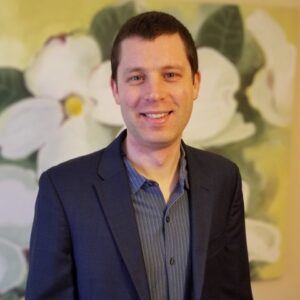 David’s most important value is to leave the world around him better than when he found it. After graduating from Colby College with a B.A. in Philosophy and Psychology, David spent three years in the AmeriCorps Victim Assistance Program in New Hampshire where he worked with victims of domestic violence, sexual violence, stalking, and human trafficking as a crisis counselor. Upon deciding he could better advocate for victims with a law degree, David attended Northeastern University School of Law as a Public Interest Law Scholar. After graduating and passing the bar, he worked for over three years as a conscientious Assistant District Attorney in Norfolk County, Massachusetts, where he focused on negotiating dispositions that were less punitive and more rehabilitative.

When COVID hit in March 2020, the ensuing upheaval caused David to reexamine his career priorities. Wanting to make more of an impact in other areas of social and environmental justice, David joined Greenvest so he could leverage forward-thinking clients’ capital to make a greater difference for future generations. He believes the best investments are ones that increase your financial well-being and our communities’ well-being at the same time. David looks forward to further deepening the social and environmental impact of Greenvest’s investment philosophy.

David enjoys contra dancing, table-top gaming, and spending time in nature with his wonderful wife, Rose, and teaching his daughter, Honor, about absolutely everything. 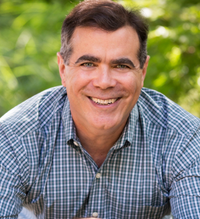 Tom began his financial career in 1987 as a stockbroker for a small Wall Street investment firm. A profound shift in values and interests inspired him to move west for new adventures, learning experiences and entrepreneurial pursuits during the following year. He held out many years for the rare opportunity to merge his academic background, passions and talents in order to help make a meaningful impact for his clients, society and the health of our planet. Since 2001, Tom has thoroughly enjoyed offering investment guidance in the growing and complex world of socially and environmentally responsible investing. He serves individuals, families and small business clients with a comprehensive, yet personal touch. Tom lives and works in the North Bay area of San Francisco — though he does work with clients across the country.

Tom and his wife Nora have one teenage daughter together, Haley. Tom also has an older stepson named Ian. On the creative side, Tom loves nearly all kinds of music. He taught himself to play guitar and bass as a teen and still performs on occasion. Among other interests, Tom especially enjoys being in the great outdoors — hiking, skiing, cycling, swimming, camping or just watching Haley compete in softball. 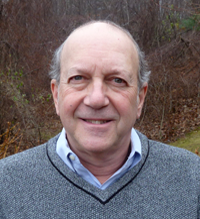 Rob was a co-founder of Greenvest in 2015 and was integral to building the firm
through his retirement in December, 2019. We are very grateful for his years of
insight, camaraderie, investment input and continued friendship. He lives in
Whately, MA with his wife, Kristina. Best of luck, Rob!